Posted by NOMADIC ACADEMY OF EXPERIMENTAL ARTS at 2:44 PM No comments: 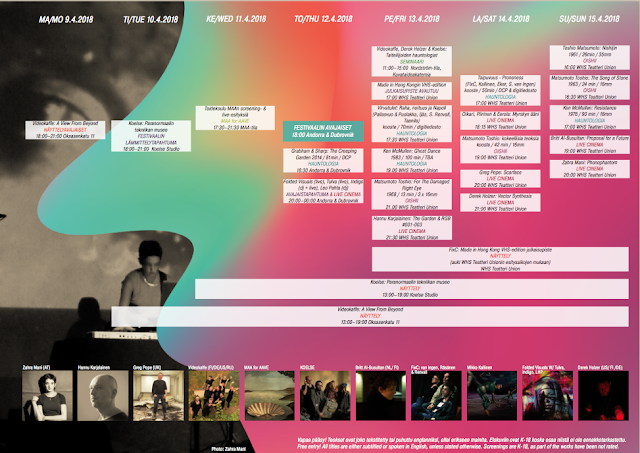 Read more »
Posted by NOMADIC ACADEMY OF EXPERIMENTAL ARTS at 9:35 PM No comments:

You are kindly invited to the event at my home (Inkoonkatu 1 B 7, Helsinki) to have cake and watch television programs of the past at Sunday 21.1. from 9 - 17.

"An invitation to have cake and watch television of the past at my home" is TIMEPASS *) event no. 1 in Nomadic Academy (http://nomadinenakatemia.blogspot.com/). With cake we celebrate also 1.000.055th International Art´s Birthday in a few days delay. http://www.artsbirthday.net/

Invitation is avec and you can join in any time during the day (but preferably before 3pm).

PS. Send me SMS or email (kari.yli-annala@aalto.fi) if you are coming.

*) About joys and dangers of the practice of timepass in India:http://aotcpress.com/articles/timepass-boredom/. Katso myös (in Finnish only): https://www.kotus.fi/nyt/kysymyksia_ja_vastauksia/sanojen_alkuperasta/luppoaika
Posted by NOMADIC ACADEMY OF EXPERIMENTAL ARTS at 9:04 AM No comments:

Posted by NOMADIC ACADEMY OF EXPERIMENTAL ARTS at 9:44 PM No comments: 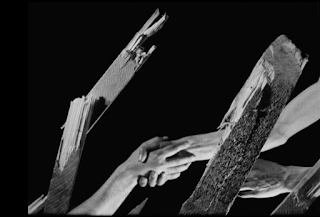 Peter Weiss (1916 – 1982) is best known for his writings and theatre plays, with his novel The Aesthetics of Resistance being one of the major works of German literature of the 20th
century. Weiss, however, started his artistic career as a painter, and in the 1950s he was primarily a filmmaker. His filmic oeuvre comprises experimental and documentary shorts as
well as two feature length films. Marked by personal economical crisis and an exhausting search for artistic expression and recognition, this period in the life of Peter Weiss characterizes the transition from a introspective view inspired by surrealism to the
engagement with social and political reality.

Weiss' interest in film began with writing reviews for Swedish newspapers. His theoretical reflections resulted in the 1956 book Avantgardefilm, which is among the first books of its kind: Through the analysis of a subjective choice of experimental films—from the 1920s to the post-war avant-garde—Weiss elaborates on the poetic power of the medium and its capacity to discover new audiovisual worlds.

Poetics of the Real, Politics of the Self takes Weiss' work with film as a direct and discursive vantage point. By thematizing inner conflict, alienation and family relations, time, space and
social discipline, body and identity as well as modern urban living and resistance, the selection of Swedish and international short films from 1949 to 2016 discusses the relationship between aesthetic and political subjectivity.

Each of the three programs is followed by a conversation with the audience. (F.W.)

15:30
If you come to see only this part, we recommend the 15:00 ferryboat.
Heidi Tikka will be present in the beginning of this section.

With special thanks to Filmform, Stockholm, Arsenal – Institute for Film and Video Art, Berlin, sixpackfilm, Vienna, Alex Gerbaulet, Daphne Hérétakis, Lina Selander and Mika Taanila. The event is realised with the help of a grant from Finnish Cultural Foundation, Uusimaa Regional Fund.

The event is the third "from noon to midnight" event organised by Nomadic academy of experimental arts. Because of the timetable of the ferryboat, we will leave the island at 22:00 and continue the last discussions in the city. The ferryboat to the island goes regularly (once in a half an hour) from the pier in the front of Cafe Ursula in Kaivopuisto Park – the return ticket costs 5 euros.
Lift the signal at the end of the pier up to invite the boat. Be sure to have cash with you for the ferryboat ticket!

The Forcing no. 2 (7 min)
Begun in the wake of recent (and ongoing) unrest in Ferguson, MO, The Forcing (no. 2) is a meditation on power and the longing for deliverance in contemporary America. It combines original sound and video with appropriated content, observing no hierarchy of image quality or authorship.

Paradise (57 min)
Made over the course of eight years, Paradise is an essay film that examines loss as it is written – or in many cases unwritten – on the land. Weaving between the poetic, the speculative and the personal, its ultimate focus is ownership and community in America and
the tolls those ideas have taken on the places we have made, imagined, and let go.

Lydia Moyer is a visual artist and media maker who lives and works in central Virginia, USA. Her work approaches documentary and journalistic concerns through the lens of art, collecting and manipulating archival, appropriated and original material to investigate the expressive potential of non-fiction. Working between moving images, photographs, and writing over the past ten years, she has produced a feature length video poem, over a dozen
shorts videos, and numerous artist’s books, some of which are collaborations with other writers. She is on the faculty of the art department at the University of Virginia.

Jussi Suvanto, Johanna Tauber and me are impossible today on the radio...

Posted by NOMADIC ACADEMY OF EXPERIMENTAL ARTS at 9:42 AM No comments:

A GUIDE TO
HARHAMALA/CHIMERALAND
4 days, 4 works. Here I present every day one work.
The second one is the sound and object work "UKK."
OBS! On Sunday 9.4. I will present a retrospective screening of some my video works in WHS Theater Union, from 3pm –7pm (Siltavuorenranta 18, Helsinki). Welcome!
2. STATION (Upstairs, back room, corner): IMITATION OF…
“UKK” (a wall telephone, sound file)
Listening to the phone (of the Swedish brand Ericsson), you can hear an imitation of the voice of the former president Kekkonen, saying the words “citizen" (in Finnish) and "citizens" (in Swedish), "non-citizens" (in Finnish) and "non-citizens" (in Swedish). In the book "Ideology and Ideological State Apparatuses" (1970) French political theorist Louis Althusser claimed that by calling and naming ideology interpellates individuals into subjects (https://www.marxists.org/…/arch…/althusser/1970/ideology.htm). Maybe the (not so good) imitator does not remember the motto Kekkonen had in the CSCE Conference in 1975: “Security does not mean erecting a fence, but opening the door."
Posted by NOMADIC ACADEMY OF EXPERIMENTAL ARTS at 7:51 AM No comments: 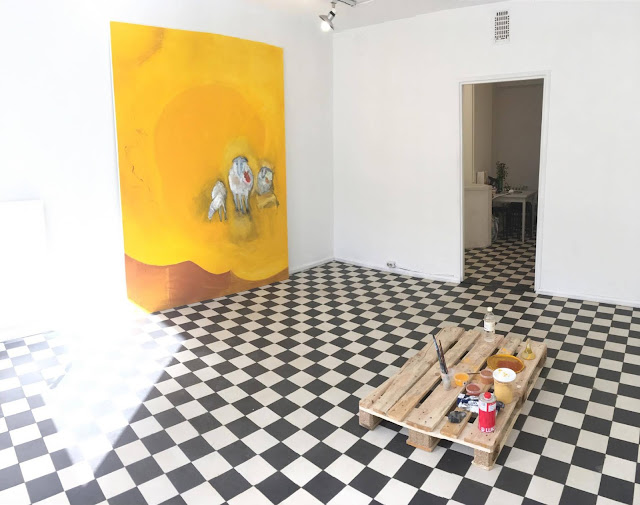 6.4.2017
GUIDE TO
HARHAMALA
4 days, 4 works. Here I present every day one work.
The first one is my painting "The Chimeras"
MANY THANKS TO Finnish Cultural Foundation and TAIKE Arts Promotion Centre Finland for financial support to make the exhibition possible. Technical constructions in the exhibition by IKAHU
OBS! On Sunday 9.4. I will present a retrospective screening of some my video works in WHS Theater Union, from 3pm –7pm (Siltavuorenranta 18, Helsinki). Welcome!
1. STATION (Upstairs, front room): MODIFIED HEART
THE CHIMERAS (oil painting of 2 X 2,5 m)
The painting depicts animal chimeras which have human organs. In the near future the genetically treated animals may be used to grow spare parts for humans.
The background in the painting is inspired about the thermal photography image about the exceptionally warm huge water mass of the Pacific Ocean, noticed first in the 2013. Since then it has been only expanding, due to human activities in the antropocene. The area is called "The Blob", as the jelly-like moving bubble-creature in a horror film from the year 1958 (new version 1988). While I painted it, it started to look like vastly enlarged molecular landscape, referring to the origin of the chimeras in industrial genetic laboratories.
Posted by NOMADIC ACADEMY OF EXPERIMENTAL ARTS at 7:35 AM No comments: