Posted by NOMADIC ACADEMY OF EXPERIMENTAL ARTS at 12:50 AM No comments:

ON TUESDAY 14.12 THE DISCUSSION ABOUT THE POSSIBLE UNIFICATION OF THE ART UNIVERSITIES IN FINLAND (Feenix-klubi, Sibelius-Akatemia, Pohjoinen Rautatienkatu 9).

Posted by NOMADIC ACADEMY OF EXPERIMENTAL ARTS at 12:15 AM No comments: 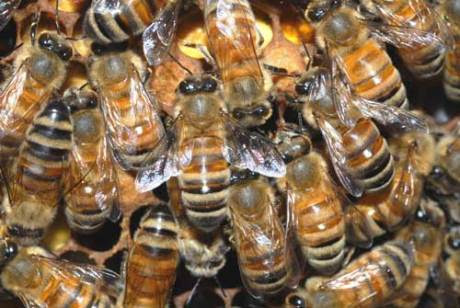 The Nomadic Hive Manifesto
Written in Room 43, National Gallery London on 9 December 2010, 16.45 – 19.45.
A spectre is haunting Europe- the spectre of debt slaves refusing to pay. All the powers within Europe have entered into a holy alliance to regenerate a failing economy, to realise a lethal dream of returning to business as usual, and to level the education and culture, to transform the educational and cultural sectors into a consumer society success story.
Their dream is of an education system in which education means obtaining skills to sell in the marketplace, to produce research to make the country competitive in the global market. This vandalism of arts and humanities in this country is produces a new definition of knowledge, defined as that which an individual can bring to the economy. Where is the space given over by the architects of this extreme-make-over for those who have ideas and habits different to those favoured by the holy alliance? Where is the space given over to those who believe universities have a role in thinking and reflecting upon life, and what life can be?
If you listen carefully, all that moaning, the sound that can be heard just behind the drone of everyday life, cars and the slurping of lattes, has become a little more urgent: a humming of dissatisfaction becomes dissent. The Holy Alliance fears that this noise has become a song on the lips of all?
Those who have demanded a space apart from this extreme-make-over have been painted and considered a dangerous spoilers or parasites?
Two things need to be said about all this and the existence of the nomadic hive:
I. A nomadic hive is an aesthetic practice, not just a means of survival but an aesthetic mode of existence that proceeds through producing networks, means of communications, protest, relations and assemblages: collective machines and situations for thinking and acting.
II. A nomadic hive has a queen (or two or more). The sole role of the queen is to facilitate the reproduction and maintenance of the hive. If the queen becomes more than a facilitator she must be killed.
III. The nomadic hive must declare its aims, way of life and values, to meet this nursery tale of the Holy Alliance that leads to nothing but debt slavery.
A manifesto has to be written.
1. The hive redefines public space. The hive reclaims public space and public spaces in private ownership (museums, shopping malls, streets).
2. Wherever the hive camps is our home.
3. Movement is imperative – keep moving – to move or stay is our decision, our decision to move or stay is our right.
4. The practice of questioning and critique is central to our movement and this questioning goes beyond the discursive.
5. The hive has a commitment to dissemination of information.
6. The movement is an emotional journey – involving thinking and affects.
7. The hive claims the right to happiness and rejects life as a debt slave until death.
8. The hive recognises the struggle for happiness is an international struggle.
9. The hive is a catalyst for change and for difference; it is a spark of light produced by the movement of the hive. The spark of light illuminates a situation for others.
10. This spark of light, the art of the hive is produced in and presented within the spaces and situations of everyday life and not just in specialist institutions.
11. The movement of the hive expands beyond education, beyond the universities, the students and lecturers.
12. The hive does not preserve the status quo.
13.The hive does not oppose individualism to the collective.
14. The hive does not make anything for sale, the hive does not make ‘works’ for he market. The hive aims to change how the art world operates.
15. The hive is fluid and reassesses itself.
16 The hive speaks – act now!
17. The hive is open on all levels. The hive needs open access at all times for the purposes of exchange, it is interactive and interdependent.
18. The hive actualises the power we have now.
19. The hive agrees to disagree and use disagreement as a platform an starting point for action.
20. The hive addresses the problem of pedagogy.
21. The hive does not patronise, but it brings its art to the people.
22. The hive is not a meritocracy but a passionocracy: a passionocracy of skills, values and intentions.
23. What can we do – actions in public and private space to grow the hive.
24. The internet is a hive – through the internet the hive can cut out the middle man of the mass media corporations.
25. The hive is viral and online but the hive is an embodied practice – it exists in the spaces we occupy and the way we relate to space and others in space.
26. The hive exists in opposition to prevailing circumstances. In this, the hive produces a political imaginary – an affirmation of what we can do.
27. The has a honey pump, like Beuy’s honey pump, for energy production.
28. The honey pump powers different forms of communication – songs, talk, noise.
29. The hive knows how to get things done, individually and collectively.
30. The audience for the songs, talk and noise of the hive is everybody – how we communicate is important.
31. We communicate through language but also without using language, by dancing and pheromones
32. Trust in the hive. And for people to trust in the hive there must be trust within the hive.
33. The hive reaffirms solidarity with all occupiers, with all taking action on the streets with all public sector workers, all workers, and all involved in labour that produced the social (students, carers, school children).
34. We oppose the methods that oppress our collective movement.
35. The manifesto of nomadic hive is in constant development.
36. The manifesto is drafted through action.
37. The hive works together, stings and makes honey.
38. The stings but does not die.
The Hive 9/12/2010

after the national gallery teach-in… « artsagainstcuts
artsagainstcuts.wordpress.com
You may use these HTML tags and attributes:
Posted by NOMADIC ACADEMY OF EXPERIMENTAL ARTS at 10:28 PM No comments:


As the result of the competition in demoscene event Alternative Party in 2009 which was won by Jani ”Virne” Lainesalos concept Bad News, a robot newsreader in Yleisradio's (Finland's national public service broadcasting company) website reads the current news live from the RSS-newsfeed, reading them with the help of eSpeak-generator.

Posted by NOMADIC ACADEMY OF EXPERIMENTAL ARTS at 3:03 AM No comments: